The Covenant Health Knoxville Marathon (CHKM) is tomorrow.  This marks two full years that I’ve been running in organized races and the third time that I will participate in this event.

My preparation for the half-marathon has not been quite what I wanted. Pervasive aches and pains have side-lined me for most of March, and at this point I would be extremely lucky to complete the half-marathon in less than two hours. In fact, this may go on record as being one of my worst performances.

Having these thoughts going through my mind leave me undaunted though. Today, we had a blast participating in volunteer activities to support the race, we participated in the kids one mile run, and had a great time at the Girls on the Run Pasta Party.

Preparing for the CHKM is a big endeavor. It all starts with a bonus/optional kids run at the Knoxville zoo. My daughters had a blast at that run, but it was still more casual. Today’s kids run just had a different vibe; it seemed more like a real race.  We all crossed the finish line in a respectable time, but my younger daughter was easily three minutes faster in this race than at the zoo run.  Words cannot express how impressed I am with her performance. She killed it.

Both of my girls got their first finishers medal ever. All I can hope is that now that something tangible is in their hands, and coupling that with their watching me run over the past 2+ years, it will motivate them even more to really take charge and grow more as young ladies.

The Knoxville marathon is an impactful event, not only in the running community, but in the Knoxville community at large. Many runners, and non-runners get involved. My family volunteers various activities over the course of two weekends. To say the least, it’s a big deal. I tip my hat to the race director (Jason Altman) and all of the other organizers, volunteers, and participants.

For us, it the our involvement starts over a week before the race with goody bag stuffing, but includes other events such as helping with registration spanning the time all the way until race day.

This year featured a pasta party that was hosted by Girls on the Run of Knoxville.  Girls on the Run is a non-profit organization that helps girls learn their own self-worth and strives to teach them to be successful in the face of adversity.  They accomplish this by using running as a vehicle/mechanism to teach life lessons, and to promote a healthy, fit life-style.  I think it’s a great organization and a great way to connect with young people.  The pasta party was good fun, and the food was delicious.  The guest speaker was a gentleman by the name of Sterling Henton.  I had not heard of him before, but apparently he was a QB for the University of Tennessee in the late 90’s.  Judging from the stats sheets, he was quite good.  His speech was motivational, funny, and inspiring.  Best of all, he could connect and relate with the audience in attendence since he had accomplished running a marathon before.  While his speech dwelled on UT a bit much, I was willing to overlook it.  🙂 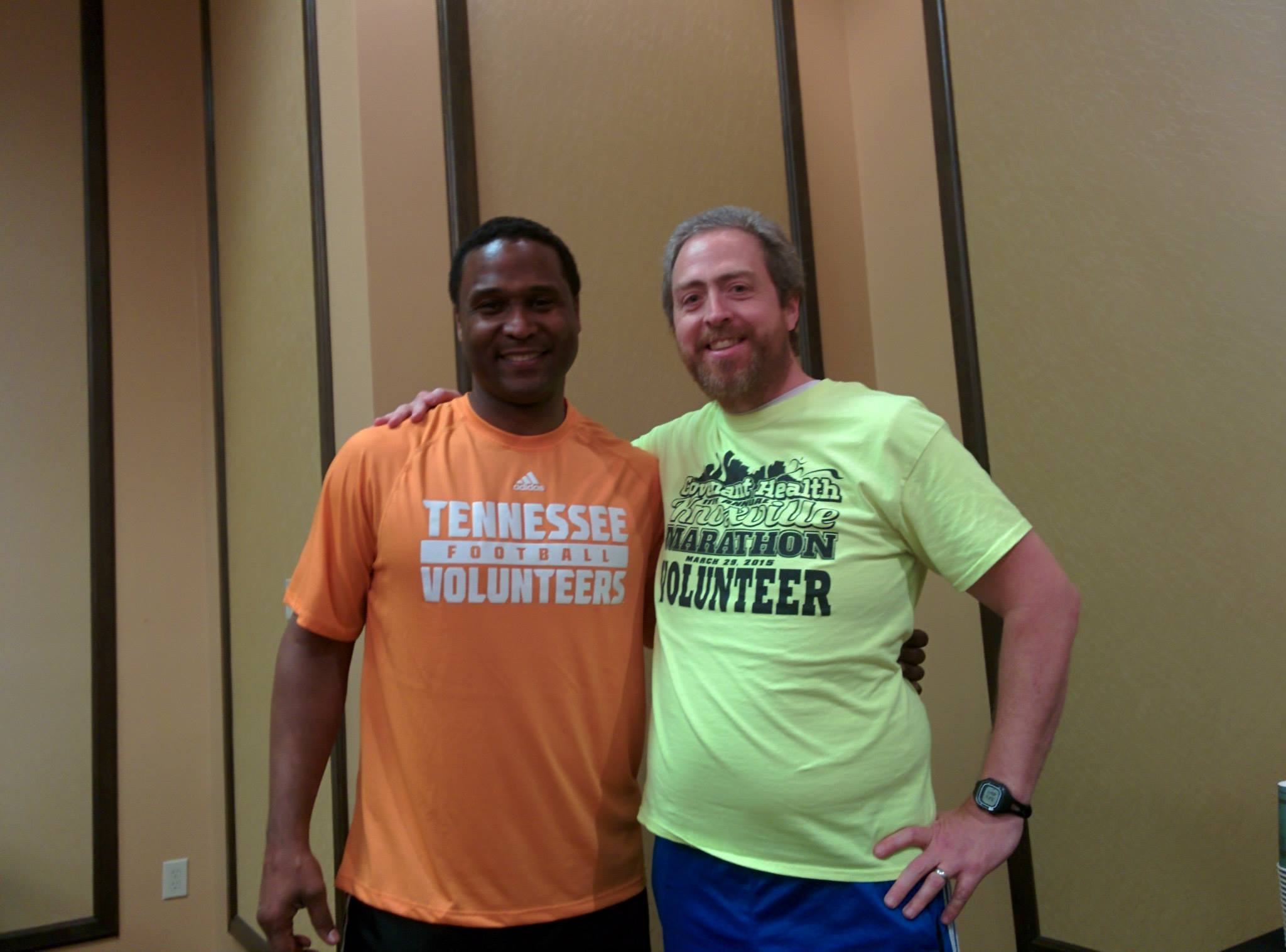 Here I am with Sterling Henton (Sterling the Pearl)

Basically, CHKM is a family affair that really gets us involved, and brings us closer to the Knoxville community.  CHKM, two years ago, was also the first race in which I had participated.  You could say that it holds a special place in my heart.  I’m not a sentimental guy, but this event is something that brings out a good big of sentimentality.  It is the one event that introduced me to the running community and lead me to meet great people that I would have otherwise, possibly, never known.  The value and power of community, giving, friendship, and comradery cannot be underestimated!

While tomorrow may not be my best race, I’ll still be there with my shoes laced up and ready AND eager to run.  My gear is laid out at this point, and destiny awaits. 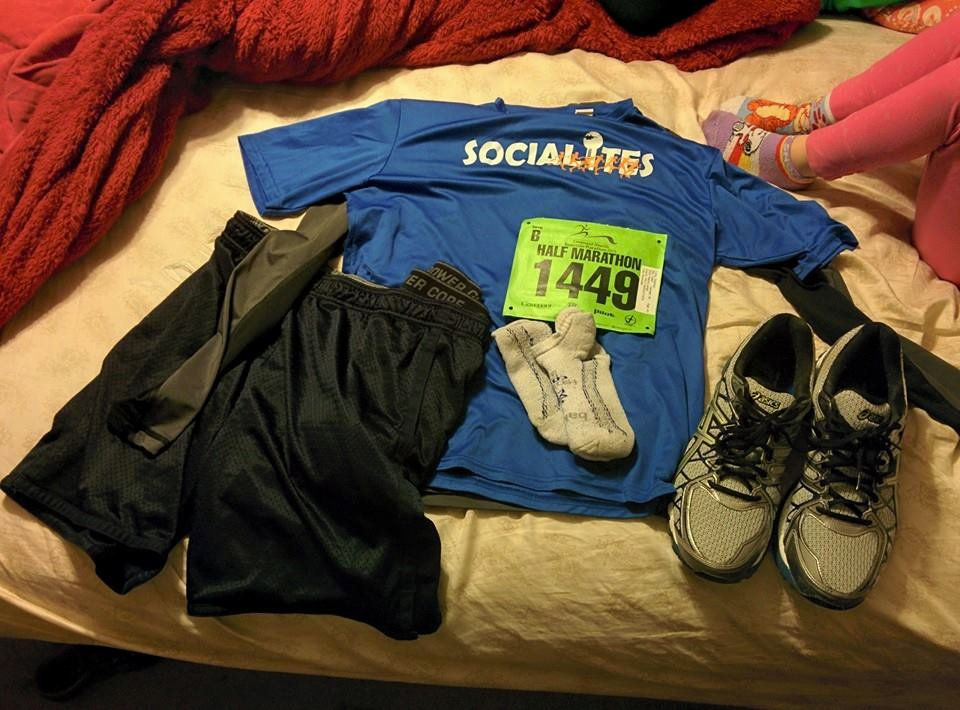