Overcoming this problem with an Angular app, while also making a local build against IIS Express and a production deploy work, is relatively straight forward.

With Angular, setting a root, or base, path is simple. We add a “base” element right after the head element of our pages. Angular will utilize this base on ALL requests.

The only thing we have to be aware of is that all of our paths in $resource, $http, templates refs, or whatever have to be relative paths. IE – there should be no leading slashes. With only that tiny bit of information, Angular will append “/myApp/” to every request.

In Visual Studio’s IIS Express settings, we need to be explicit about the default path as well: 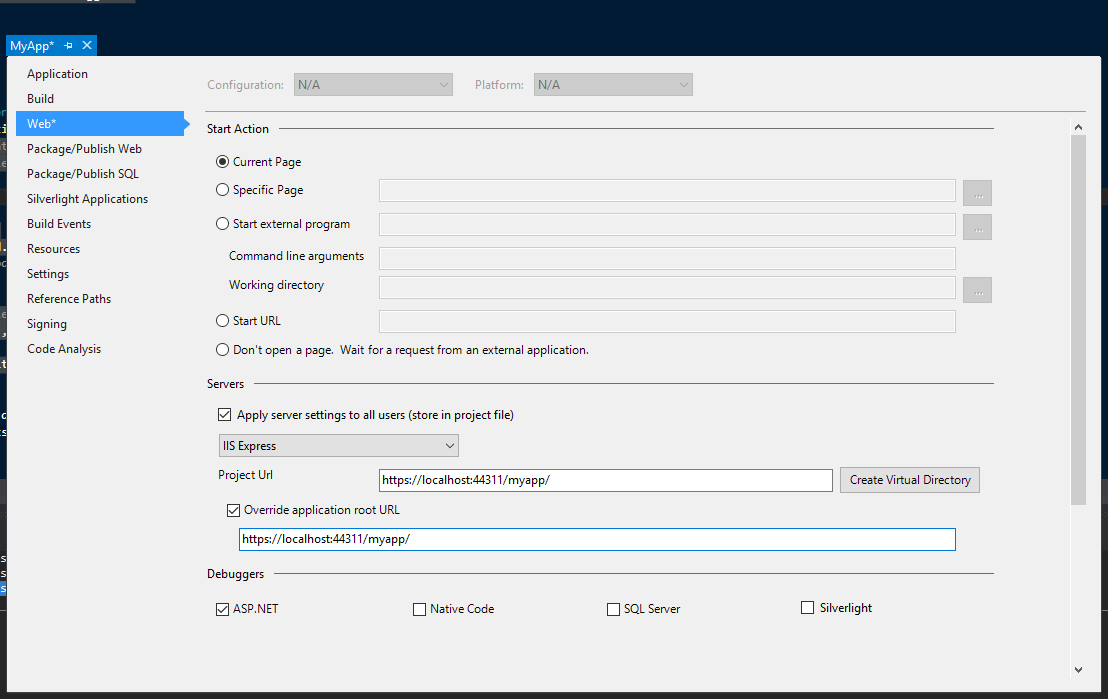 With that bit of configuration in place, I can browse to my app at the sub-folder path and everything works as expected.