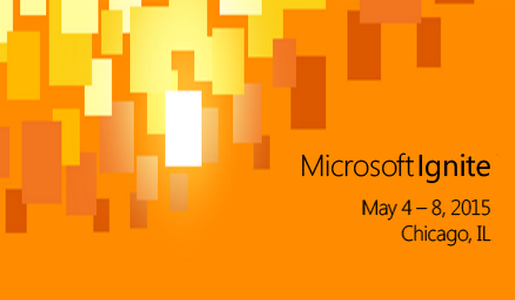 Microsoft Ignite is coming to a close and it’s been a whirlwind week for me.

Overall, the material presented adhered to Microsoft’s agenda of touting Azure, its cloud, and IaaS/PaaS products. Infrastructure as a Service and Platform as a Service are interesting, in and of themselves, but I find that most aren’t ready to jump in with both feet.

The course that I attended that I found most interesting were those that touched on SSO/OAuth/Identity management, as I mentioned previously, and those that did breach the barrier and actually discuss software development. Again, these sessions were hard to come by.

From memory, one that stood out was a session regarding new features in .NET 4.6 and .NET 5.0 Core as well as ASP.NET 5. The tooling for these features, as presented in VS2015 CTP VS Code are compelling. Microsoft has made .NET Core 5.0 cross-platform, and as such, as had to retool how you typically build an ASP.NET Application across multiple platforms in order to play nice on those platforms. Gone are the old XML config files. Now, everything is configured then JSON config files. I like this. Visual Studio now supports Bower/Gulp/etc and these are integrated using Node.js through Visual Studio’s new Task Runner. This is great since I personally had seen an ever growing adoption of Bower. Microsoft really needed this kick to do things in a similar way to the rest of the world. Along those lines, the new DNX/Roslyn run-time adds powerful features and impressively speeds up startup/execution times. Since compiled binaries, in Visual Studio, are no longer written to disk, and instead are stored in memory, real-time code changes are now more feasible. This is slick! Spinning up a web listener from the command-line is also extremely powerful. Seeing this in action on both Windows and Linux (Ubuntu) was very nice.

Other Azure products that looked interesting to me, and ultimately might be things I’d like to utilize, included Azure AD, Intune, Application Insights, and Azure Search. Azure search is using Elastic and looks extremely interesting in terms of management searchable content. Incorporating things like voice transcription of videos to build up metadata opens up lots of possibilities. I could go on and on and on, but I think most of the sessions are available online for your own perusal.

The things I look forward to learning more about mostly involve self-hosted Azure services. More details of how Azure Stack works and what limitations there are need to be revealed sooner rather than later.

Microsoft knows how to throw a party!

The celebration last night was top-notch. There were no less than six live acts, an open (free) bar and tons of food. Fallboy Boy (pictured above) was good and loud, and the other acts were equally entertaining. I enjoyed myself immensely and it was a nice cap/perk to a long week.

Chicago is a great city to visit and I’m glad Microsoft chose it for their venue. The food is great, the mass transit is helpful, and there are tons of things to do while exploring the city. I look forward to whatever Microsoft comes up with next.