From fat to fit

Home / From fat to fit 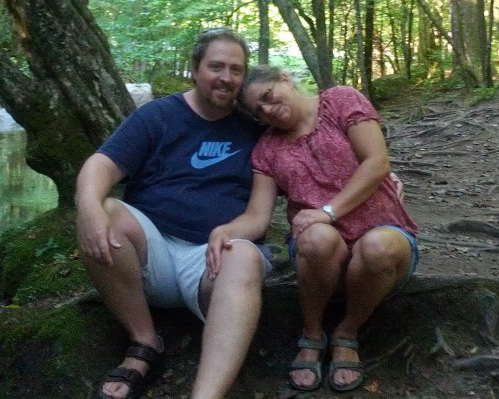 One day in early or mid-2012, I received a call from my doctor’s office after a routine physical. The nurse mentioned that the doctor was concerned about my blood pressure, triglycerides, and cholesterol levels. The answer was to start taking prescription drugs to control these health factors.

I had been in denial about how being overweight was affecting me both mentally and physically. Defeat had been accepted. I resigned myself to a life of accepting whatever adverse health effects being overweight would bring. I was defeated.

This was a wake-up call for me.

Being a know-it-all, argumentative sort is one of my finer qualities. Receiving that phone call and being told to take pill “X” sparked resistance. I knew better. I looked at myself and was disgusted. How could I be so weak as to let food ruin my health to this degree? Was I really just going to continue to accept it and take the pill(s)? Where was my sense of ownership in my own health and fate?

I told the nurse “no, I will not take these prescriptions.” I politely hung-up the phone and set forth to change myself and to do what I had failed to do for over a decade: take ownership of, and responsibility for, my fate. I owed it to myself and to my wife and daughters.

In early July, 2012, I weighed over 300 lbs. As a software engineer, I live a sedentary lifestyle. I work late hours. I didn’t exercise. I have a horrible sweet-tooth. 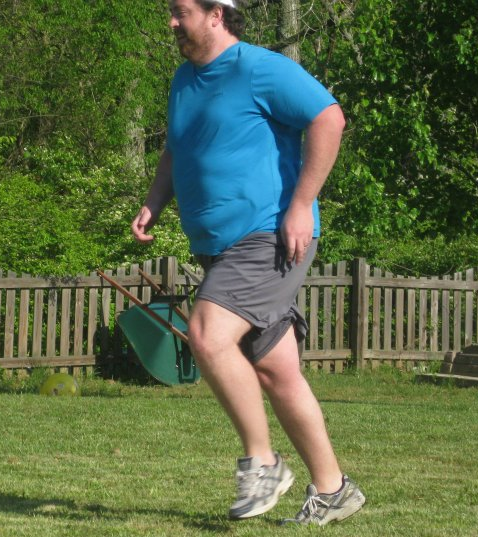 Close to the biggest I had been

Walking was something I saw lots of people do to lose weight. I had trouble walking; it caused extreme pain in my lower legs. After a number of physical examinations, nothing, apparently, could really be done about this except perhaps invasive surgery. I formulated the opinion that losing weight would help me to be able to exercise. A classic chicken-and-egg scenario ensued.

Previously, I had minor success with low-carb diets. So, it seemed like a potentially good choice for losing weight quickly to reach a weight level that would allow me to exercise. That’s what I did. I ardently adhered to a low-carb diet from July through September (and beyond). Much bacon was consumed, and the weight started coming off.

Relaxing in the Smokeys with my love 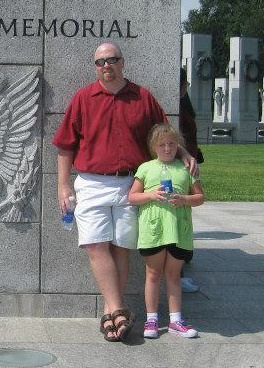 At the D.C. memorial

I had a lot of random things going on in my life during that period, so it was really hard to keep to the diet. I changed jobs, traveled out to Arizona a few times, we visited Washington, D.C. in September for a Rush concert, and life progressed at its normal feverish pace. 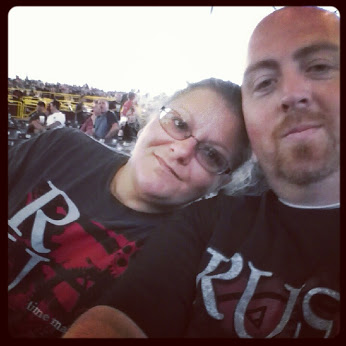 Yes, it is hard to stick to a routine when life is happening. Being challenged is not an excuse for taking short-cuts, though. I wouldn’t allow it. By October, I had lost a whopping 40+ lbs. This gave me the confidence to try walking/exercising again. 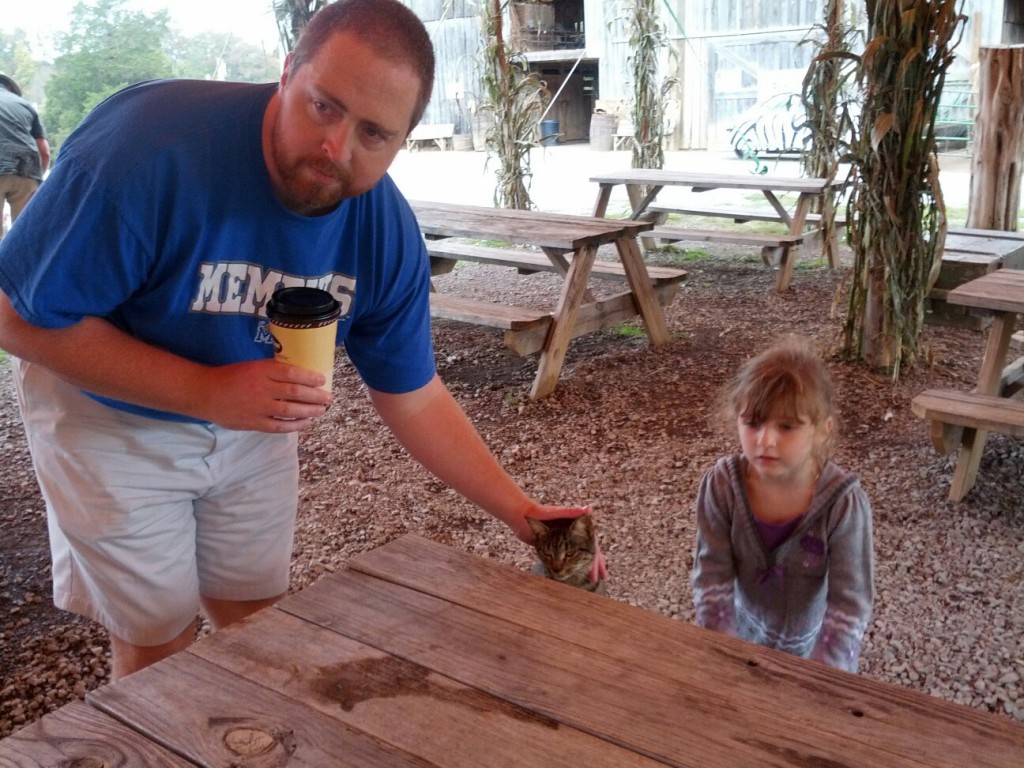 The weight was coming off..

By mid-October, I started walking. I was surprised that I could suddenly walk over a mile with no discomfort. The reality set in. My previous pain was caused by being overweight. It was my fault. The blame was all on me. Little by little, I pushed myself harder and farther. The weight continued to drop off. Suddenly, running seemed like it was within my grasp. I started doing run-walks. By late October/early November I could run a full 5k!

At this point, the low-carb diet no longer agreed with me. It was impacting regular bodily functions. Also, the ssupposition that you can simply eat as much fat and protein as you want without adverse effects did not seem plausible any more. Low-carbing it was just not sustainable. After all, we’re talking about life-style changes here.

I switched to a low-calorie diet and started using MyFitnessPal to keep a daily diet diary and to perform daily weight check-ins. Additionally, the app let me set a calorie goal and it would let me know if I was above or below the goal. My weight upon switching was ~ 240 lbs.

What do I eat? I keep my diet as boring as possible. I eat natural foods, whole grain foods, and lean meats. This may include oatmeal, nuts, fish (tuna from the can especially), beans, rice, pastas, whole-wheat breads, lunch meats, and I love lite Progresso soups! I avoid sugar, sodas, candy/sweets, high-fat foods, and generally anything I consider to be devoid of nutritional value.

Tracking all of my exercises with Endomondo I did. I could see my progress in distance, speed, and time. I could see my progress in weight charts. Something changed inside of me. It all turned into a competition in my mind. I had a calorie goal to beat. I had previous best times/records to shatter. I was competing against my past (and present) self and winning! I no longer accepted being fat as an option.

Running really became an integral, if not pivotal, part of maintaining, pushing, and pursuing my weight loss goals. On November 24, I weighed in at 234.2 lbs and I ran my first half-marathon at the local track. Just typing that sentence brings a feeling of accomplishment and emotion over me that I can’t describe. To go from not being able to walk a mile to running 13.1 miles in only a month affirmed that I was winning. 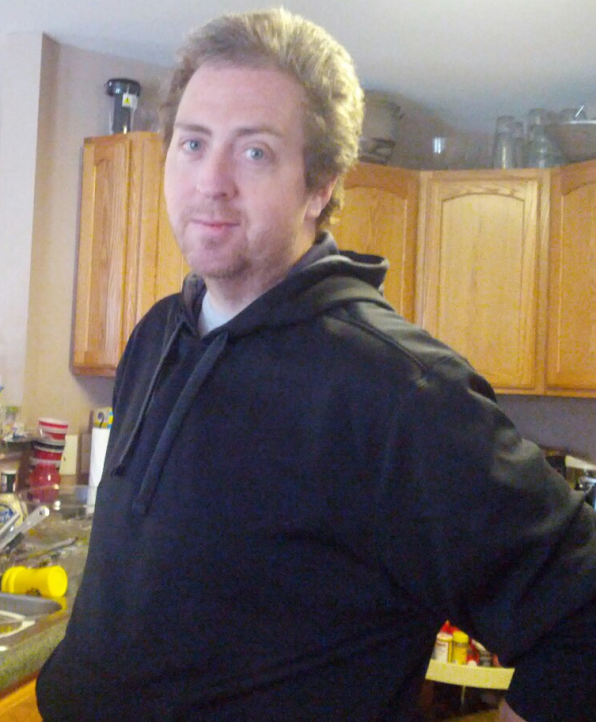 Around Christmas time hanging out in the kitchen

The competition doesn’t end there, though. December rolled around and I signed up for the Knoxville half-marathon, which occurs on 04/07/2013. I continued running and continued tracking my calories. The weight continued to drop off. I continued getting faster, stronger, and leaner. The competitive side of me took over again and I knew that I would not be satisfied with a half-marathon. By January, I had changed my registration from the half-marathon to the whole enchilada. I’ve always wanted to say I ran a marathon, and I knew the opportunity was here now or never. 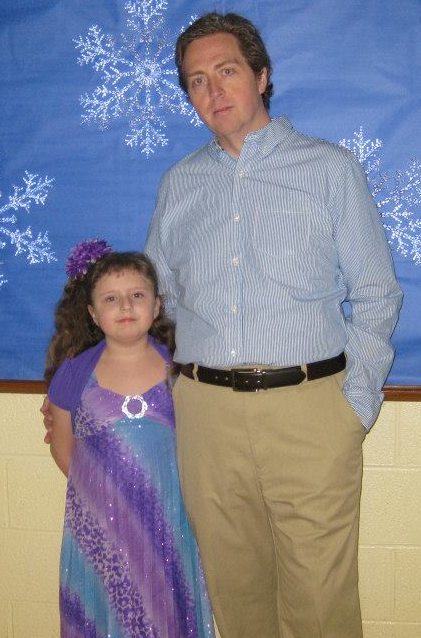 On 01/26/2013, I recorded my first weight under 200 lbs: 198.4 lbs. In the blink of an eye, it seemed, I had lost over 100 lbs. Could I have done this by dieting alone in the same period? Not a chance. Running was the catalyst. Also, since running my first half-marathon, I have recorded distance runs of ~ 18 miles while training for the Knoxville marathon. Having accomplishments on both fronts is very gratifying.

Today, I had another routine physical. I am in near perfect health for my age and regardless of my age. My doctor was ecstatic to see what I had accomplished. Reflecting on it myself, it almost doesn’t seem real. Did I really lose over 100 lbs in six months? Did I really go from barely being able to walk to becoming a serious distance runner in only a few months? Who is that guy in those pictures from 6-7 months ago? The nagging/burning question though, is why did I wait so long?

When people see me now and ask me how I lost weight, I recap most of what I have typed here. I didn’t do anything special or that anyone else couldn’t do. Platitudes of wisdom apply. Diet and exercise is king. If one wants change, they have to take action and set goals and persist. That is the winning philosophy. 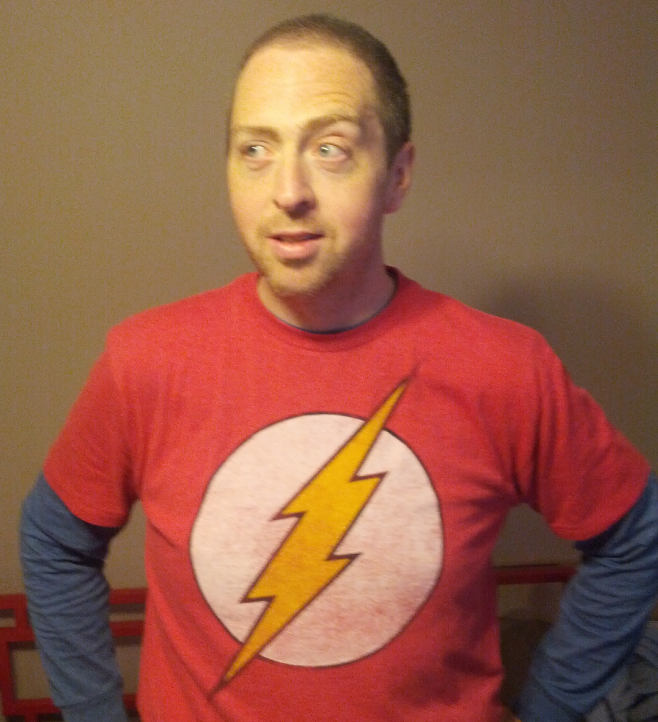